Improvements such as replacing Terser with ESBuild or disabling source map generation reduces your build time, so you can save your CI time or operate development cycle more quickly.

Storybook already does various build performance improvements. This addon mainly improves cold build (building Storybook without cache under node_modules/.cache), you probably won't see noticable differences in cache enabled build. You should evaluate the build time before addin this addon into your workflow.

Add this line to your .storybook/main.js.

You can customize modifications to webpack config through preset options.

No optimization. The preset just returns given webpack configuration.

Aggressive optimizations. This would improve build speed slightly (probably about 1s, depends on machine) but might bring errors if you're using community addons.

Dangerous optimizations. If your project is relying on Babel, this probably will break the build. But will dramatically increases build performance especially when the project has a lot of files (stories).

Currently ESBuild does not fully support transpilation to ES5 (yet). If you set optimization level to higher than 1, your bundle might not work on browsers support only up to ES5.

Since the preset replaces Terser with ESBuild, you may observe some file size differences. But it should be very small and does not bring noticable loading performance impact. 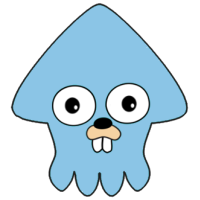