Storybook test runner turns all of your stories into executable tests.

See the announcement of Interaction Testing with Storybook in detail in this blog post or watch this video to see it in action.

The Storybook test runner uses Jest as a runner, and Playwright as a testing framework. Each one of your .stories files is transformed into a spec file, and each story becomes a test, which is run in a headless browser.

The test runner is simple in design – it just visits each story from a running Storybook instance and makes sure the component is not failing:

If there are any failures, the test runner will provide an output with the error, alongside with a link to the failing story, so you can see the error yourself and debug it directly in the browser:

Jest is a peer dependency. If you don't have it, also install it

Then add it to your .storybook/main.js config and enable debugging:

NOTE: The runner assumes that your Storybook is running on port 6006. If you're running Storybook in another port, either use --url or set the TARGET_URL before running your command like:

The test runner is based on Jest and will accept the CLI options that Jest does, like --watch, --watchAll, --maxWorkers, etc.

The test runner works out of the box, but if you want better control over its configuration, you can run test-storybook --eject to create a local test-runner-jest.config.js file in the root folder of your project, which will be used by the test runner.

The test runner uses jest-playwright and you can pass testEnvironmentOptions to further configure it, such as how it's done above to run tests against all browsers instead of just chromium. For this you must eject the test runner configuration.

Running against a deployed Storybook

By default, the test runner assumes that you're running it against a locally served Storybook on port 6006. If you want to define a target url so it runs against deployed Storybooks, you can do so by passing the TARGET_URL environment variable:

Or by using the --url flag:

By default, the test runner transforms your story files into tests. It also supports a secondary "index.json mode" which runs directly against your Storybook's index data, which dependending on your Storybook version is located in a stories.json or index.json, a static index of all the stories.

This is particularly useful for running against a deployed storybook because index.json is guaranteed to be in sync with the Storybook you are testing. In the default, story file-based mode, your local story files may be out of sync – or you might not even have access to the source code. Furthermore, it is not possible to run the test-runner directly against .mdx stories, and index.json mode must be used.

To run in index.json mode, first make sure your Storybook has a v4 index.json file. You can find it when navigating to:

It should be a JSON file and the first key should be "v": 4 followed by a key called "entries" containing a map of story IDs to JSON objects.

In Storybok 7.0, index.json is enabled by default, unless you are using the storiesOf() syntax, in which case it is not supported.

On Storybook 6.4 and 6.5, to run in index.json mode, first make sure your Storybook has a file called stories.json that has "v": 3, available at:

If your Storybook does not have a stories.json file, you can generate one, provided:

Once you have a valid stories.json file, your Storybook will be compatible with the "index.json mode".

By default, the test runner will detect whether your Storybook URL is local or remote, and if it is remote, it will run in "index.json mode" automatically. To disable it, you can pass the --no-index-json flag:

If you are running tests against a local Storybook but for some reason want to run in "index.json mode", you can pass the --index-json flag:

NOTE: index.json mode is not compatible with watch mode.

If you want to add the test-runner to CI, there are a couple of ways to do so:

On Github actions, once services like Vercel, Netlify and others do deployment runs, they follow a pattern of emitting a deployment_status event containing the newly generated URL under deployment_status.target_url. You can use that URL and set it as TARGET_URL for the test-runner.

Here's an example of an action to run tests based on that:

NOTE: If you're running the test-runner against a TARGET_URL of a remotely deployed Storybook (e.g. Chromatic), make sure that the URL loads a publicly available Storybook. Does it load correctly when opened in incognito mode on your browser? If your deployed Storybook is private and has authentication layers, the test-runner will hit them and thus not be able to access your stories. If that is the case, use the next option instead.

In order to build and run tests against your Storybook in CI, you might need to use a combination of commands involving the concurrently, http-server and wait-on libraries. Here's a recipe that does the following: Storybook is built and served locally, and once it is ready, the test runner will run against it.

And then you can essentially run test-storybook:ci in your CI:

NOTE: Building Storybook locally makes it simple to test Storybooks that could be available remotely, but are under authentication layers. If you also deploy your Storybooks somewhere (e.g. Chromatic, Vercel, etc.), the Storybook URL can still be useful with the test-runner. You can pass it to the REFERENCE_URL environment variable when running the test-storybook command, and if a story fails, the test-runner will provide a helpful message with the link to the story in your published Storybook instead.

The test runner supports code coverage with the --coverage flag or STORYBOOK_COLLECT_COVERAGE environment variable. The pre-requisite is that your components are instrumented using istanbul.

Given that your components' code runs in the context of a real browser, they have to be instrumented so that the test runner is able to collect coverage. This is done by configuring istanbul in your Storybook. You can achieve that in two different ways:

For select frameworks with Webpack (React, Preact, HTML, Web components and Vue) you can use the @storybook/addon-coverage addon, which will automatically configure the plugin for you.

And register it in your .storybook/main.js file:

The addon has default options that might suffice to your project, however if you want to customize the addon you can see how it's done here.

Some frameworks or Storybook builders (e.g. Vite) might not automatically accept babel plugins. In that case, you will have to manually configure whatever flavor of istanbul (Rollup, Vite, Webpack loader) your project might require. You can find recipes in this repository that include many different configurations and steps on how to set up coverage in each of them.

After setting up instrumentation, run Storybook then run the test-runner with --coverage:

The test runner will report the results in the CLI and generate a coverage/storybook/coverage-storybook.json file which can be used by nyc. 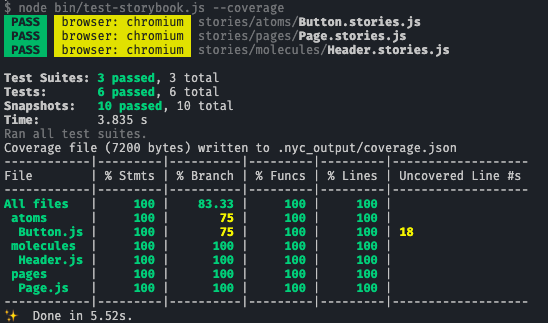 If you want to generate reports with different reporters, you can use nyc and point it to the folder which contains the Storybook coverage file. nyc is a dependency of the test runner so you will already have it in your project.

This will generate a more detailed, interactive coverage summary that you can access at coverage/storybook/index.html file which can be explored and will show the coverage in detail: 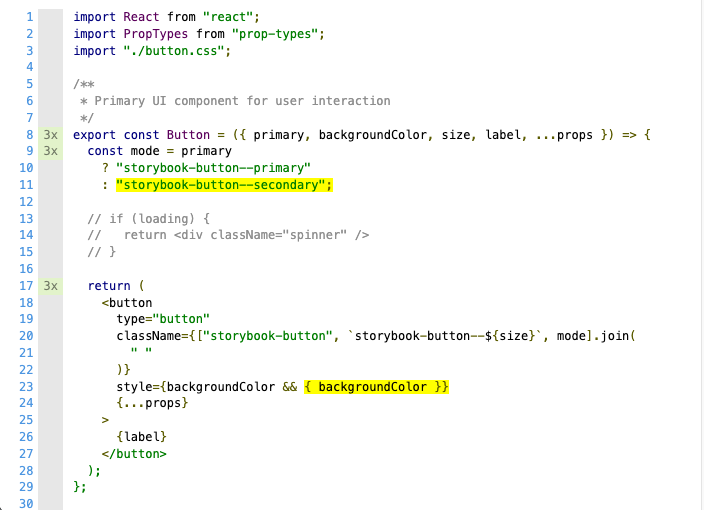 The nyc command will respect nyc configuration files if you have them in your project.

If you want certain parts of your code to be deliberately ignored, you can use istanbul parsing hints.

3 - Merging code coverage with coverage from other tools

The test runner reports coverage related to the coverage/storybook/coverage-storybook.json file. This is by design, showing you the coverage which is tested while running Storybook.

Alternatively, in case you want to merge coverages from other tools, you should:

Here's an example on how to achieve that:

The test runner renders a story and executes its play function if one exists. However, there are certain behaviors that are not possible to achieve via the play function, which executes in the browser. For example, if you want the test runner to take visual snapshots for you, this is something that is possible via Playwright/Jest, but must be executed in Node.

To enable use cases like visual or DOM snapshots, the test runner exports test hooks that can be overridden globally. These hooks give you access to the test lifecycle before and after the story is rendered.

There are three hooks: setup, preRender, and postRender. setup executes once before all the tests run. preRender and postRender execute within a test before and after a story is rendered.

The render functions are async functions that receive a Playwright Page and a context object with the current story id, title, and name. They are globally settable by @storybook/test-runner's setPreRender and setPostRender APIs.

All three functions can be set up in the configuration file .storybook/test-runner.js which can optionally export any of these functions.

NOTE: These test hooks are experimental and may be subject to breaking changes. We encourage you to test as much as possible within the story's play function.

The postRender function provides a Playwright page instance, of which you can use for DOM snapshot testing:

When running with --stories-json, tests get generated in a temporary folder and snapshots get stored alongside. You will need to --eject and configure a custom snapshotResolver to store them elsewhere, e.g. in your working directory:

There is also an exported TestRunnerConfig type available for TypeScript users.

To visualize the test lifecycle, consider a simplified version of the test code automatically generated for each story in your Storybook:

While running tests using the hooks, you might want to get information from a story, such as the parameters passed to it, or its args. The test runner now provides a getStoryContext utility function that fetches the story context for the current story:

You can use it for multiple use cases, and here's an example that combines the story context and accessibility testing:

jest-playwright 2.0.0 has a breaking change of requiring Jest 28+. To support older versions of Jest you will need to use Yarn resolutions or NPM overrides to downgrade jest-playwright-preset to ^1.7.2.

The error output in the CLI is too short

By default, the test runner truncates error outputs at 1000 characters, and you can check the full output directly in Storybook, in the browser. If you do want to change that limit, however, you can do so by setting the DEBUG_PRINT_LIMIT environment variable to a number of your choosing, for example, DEBUG_PRINT_LIMIT=5000 yarn test-storybook.

The test runner seems flaky and keeps timing out

If your tests are timing out with Timeout - Async callback was not invoked within the 15000 ms timeout specified by jest.setTimeout, it might be that playwright couldn't handle to test the amount of stories you have in your project. Maybe you have a large amount of stories or your CI has a really low RAM configuration.

In either way, to fix it you should limit the amount of workers that run in parallel by passing the --maxWorkers option to your command:

There is currently a bug in Jest which means tests cannot be on a separate drive than the project. To work around this you will need to set the TEMP environment variable to a temporary folder on the same drive as your project. Here's what that would look like on GitHub Actions:

Adding the test runner to other CI environments

As the test runner is based on playwright, depending on your CI setup you might need to use specific docker images or other configuration. In that case, you can refer to the Playwright CI docs for more information. 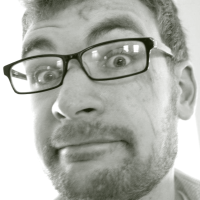 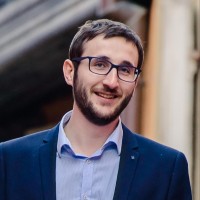 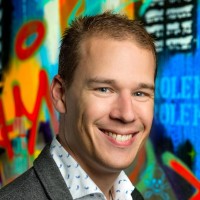 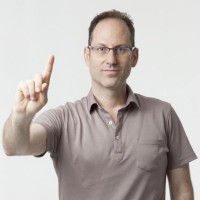 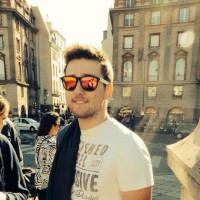