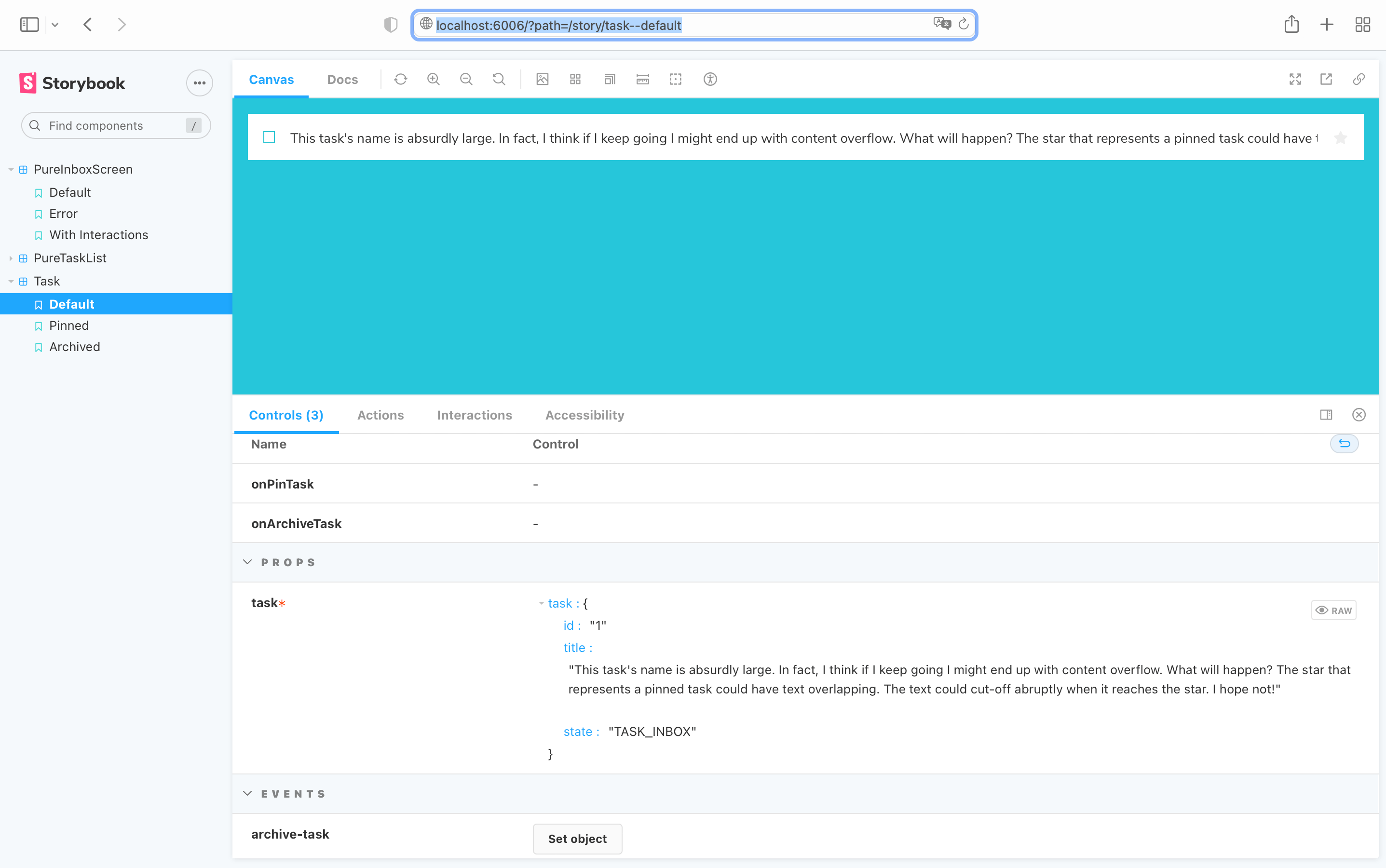 Now let's fix the issue with overflowing by adding a style to Task.vue: 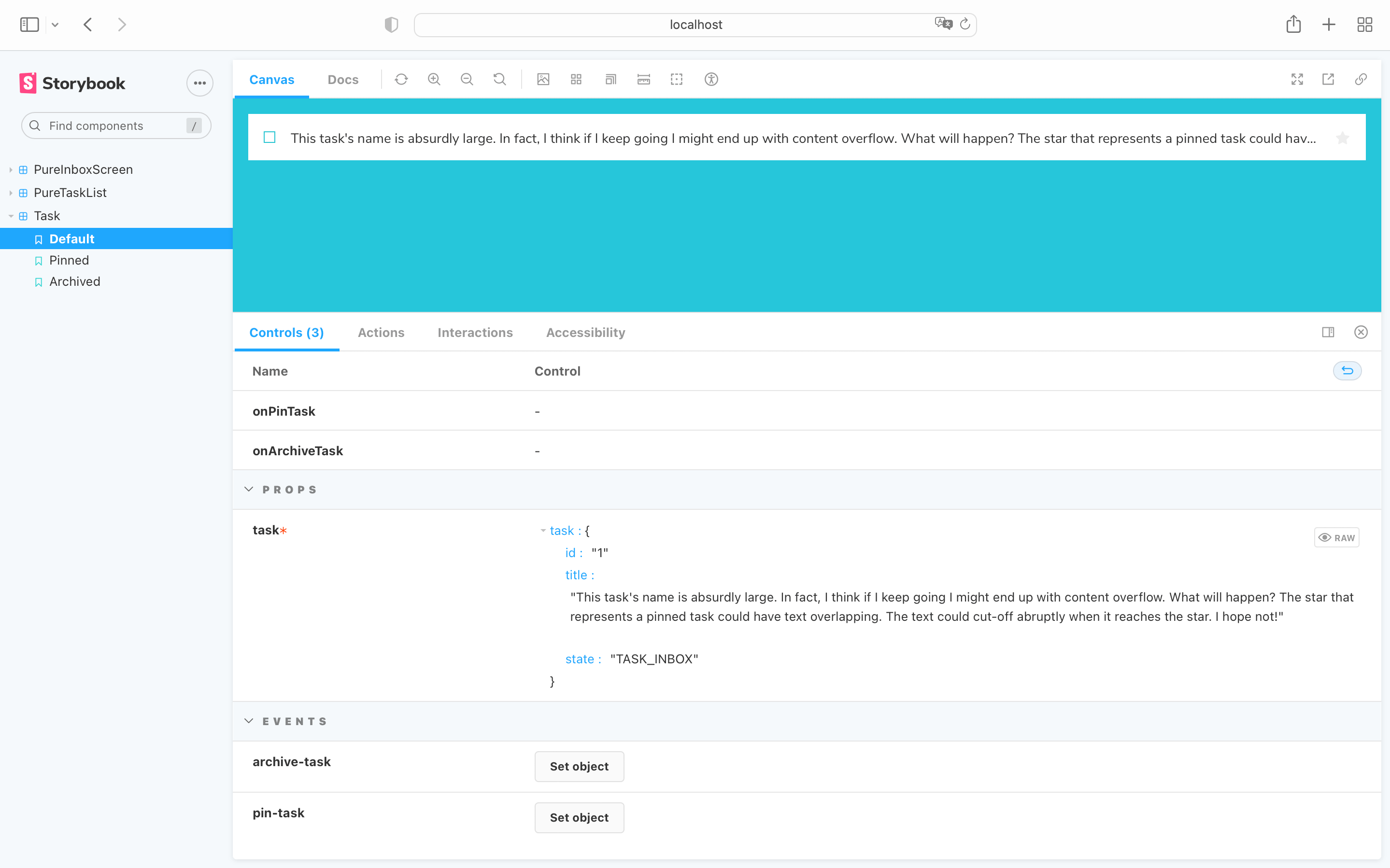 Keep your code in sync with this chapter. View 4631b22 on GitHub.
Is this free guide helping you? Tweet to give kudos and help other devs find it.
Next Chapter
Conclusion
Put all your knowledge together and learn more Storybook techniques
✍️ Edit on GitHub – PRs welcome!